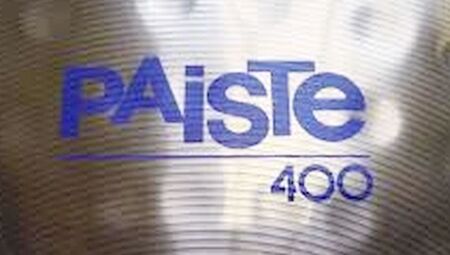 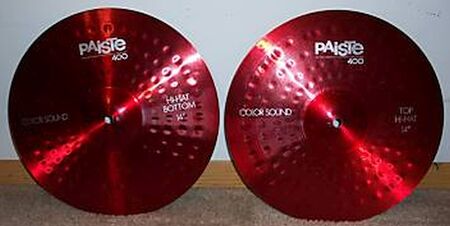 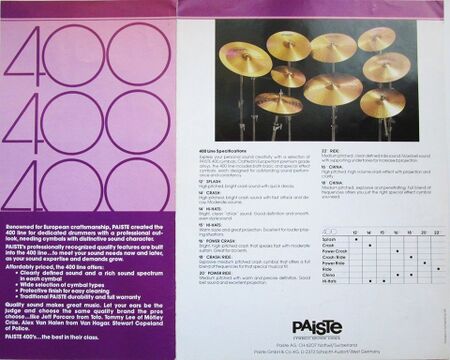 
Background: The 400 Series introduced in 1986 was positioned below the 1000 Line and not a successor of the 404 as the 400 name may suggest.
It was established as budget line aiming for the lower end market competing against upcoming attempts of Sabian and Zildjian to flood the market with cheaply made B8 bronze cymbals (as well as other manufacturers starting to experiment with B8 to gain shares of the hard fought low end market in the mid - 80's).
These were cymbals with larger hammer marks to compress more area and alter them faster, saving money and time during production, also the lathing grooves seem to be stamped, rather than cut on a lathe.
The production of this series tended to be mostly an automated process.
They came in two lines: Traditional and the Colorsound: The Colorsound were made in Black and Red colors. The ink on the logos appears as lilac bluish color.
400's were made in Germany.